For the last few weeks, my work project has not been building it’s WinCE target on my new Windows 7 PC. Each project would just say “skipping build”,

and if I tried to edit the project properties (or build/clean/rebuild project only), I would get

“The operation could not be completed”

It then dawned on my to try a new project test, and the SDK was missing from the options: 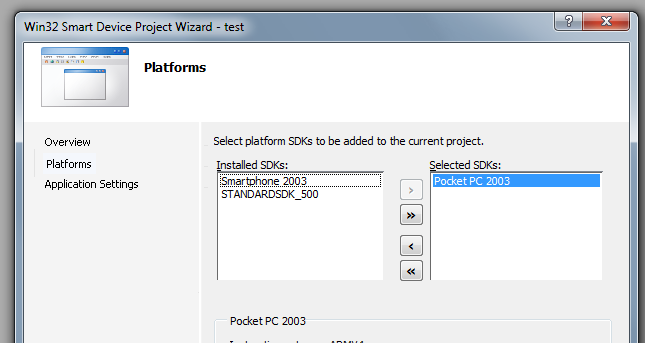 You need to used the same steps above to uninstall the SDK as well (as compared to the Control Panel’s ‘Programs and Features’ options), otherwise it won’t uninstall correctly.